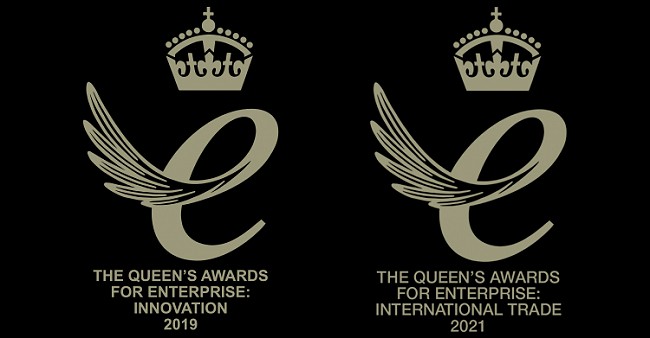 With history dating back to its inception in 1880, Henry Winning & Co Ltd. are leading twine and string manufacturers in Glasgow and following its acquisition in 2014 by The TruNet Group, it has firmly established itself as a World Leader.

Announced today, Thursday 29th April 2021, Henry Winning & Co Ltd. has been awarded The Queen’s Award for Enterprise: International Trade. This prestigious award is given to those who demonstrate their company has achieved substantial growth in overseas earnings and commercial success.

Producing millions of metres of twine and string every week the company are delighted to have been recognised. Renowned for their unrivalled quality and product selection, as well as being the only BRC Accredited rigid twine and string manufacturer in Europe.

In 2014, when acquired by The TruNet Group, Managing Director Stuart Revill set the strategy for international growth. This has certainly been achieved with investment in staff and resources in the years that followed, resulting in international sales levels that could only have been dreamt of in the beginning.

Stuart Revill, Managing Director of The TruNet Group said, “We are proud beyond words that Henry Winning & Co Ltd has been awarded The Queen’s Award for International Trade making this the second Queen’s Award for The TruNet Group after TruNet (UK) won the Queen’s Award for innovation in 2019. At the TruNet Group we have continued to work throughout the pandemic, we restructured our business and instigated a plan that we knew would see us continue to operate through and to drive forward from the crisis. We made a decision at the very beginning to reward our staff for working with us throughout these very trying times. We thank them all for their continued support.”

The Queen's Awards for Enterprise is an awards programme for British businesses and other organizations who excel at international trade, innovation, sustainable development or promoting opportunity. They are the highest official UK awards. Started in 1965, less than 7000 have been granted to British Companies. Everyone at Henry Winning & Co Ltd. are exceptionally proud to have achieved the highest award given to a UK business and are confident that the future will hold continued success.